This post is an appeal for a year-end gift
to support a special project in 2019.

Splintering and crashing in, the front door is broken down. Uniformed men surround your family. Watching helplessly, they search every square inch of your home while your family is violated. There is nothing you can do to stop it. Cabinet contents are broken and scattered on the floor. Cushions ripped open. A secret compartment discovered. The family Bible is confiscated, along with the other books you cherish.

You are handcuffed and put in the police car. Where are they taking you? What will happen to your wife and children? Will you see them again?

No imaginary scenario, this happens every day to Jesus followers throughout certain countries of Central Asia. Christians here in the United States have difficulty relating to this type of oppression. It is demonically inspired and governmentally executed. Disciple Daily has been in the homes where this has happened. We work with men and women who have experienced this Gestapo-like invasion where they live and work.

And yet, there is joy among the believers we have met in this region. They find ways to assemble, to train for Kingdom building activity, and share their faith with those who persecute them. Studying the Scriptures and practicing their faith, the saints of Central Asia love the lost with their actions and their words.

“So faith comes from hearing, and hearing by the word of Christ.” – Paul

“The Word became flesh and dwelt among us.” – John

In a place where the Bible is confiscated, and owners are openly persecuted, how is the Good News communicated? Scripture is memorized and quoted. Stories are learned and taught to others one person at a time, one story at a time. This is how Disciple daily became involved in Central Asia. Three years ago, we were asked to sponsor and lead a tour of Israel for sports ministry leaders from across Eurasia. Among their number were several Central Asian disciples of Jesus. A key leader of the Underground Church in that area was part of the group. The cost of that tour was about $20,000. People like you gave the money to make it happen. It was an investment that continues to yield fruit across Central Asia and the entire Russian speaking world.

As a result of that tour, we were asked to come to a closed country of Central Asia and train nearly 100 people how to use our Stories of God strategy. We did that two years ago. Now, all of the material shared with them through translators is available in Russian to use in training others how to do oral Bible discovery.

Now we have been asked to do this again for a new generation of Central Asian disciple-makers. We have agreed. But we need your help to make it happen. Once again, we need to raise about $15,000. This group will be a little smaller, and it will only be men. The reason for this is that we need to have more pointed discussions about specific issues that plague the Church resulting from the lack of good male role models as husbands and fathers.

Much more than a site-seeing vacation, the Israel tours we conduct are part of Disciple Daily’s overall strategy. At every location, Bible stories are told and taught to better equip disciple-making disciples who use Bible storytelling as their primary strategy.

You are already a financial supporter of Disciple Daily. We are grateful. I am asking you to consider giving an extra year-ending, one-time gift to help us serve and equip these Central Asian brothers and the people they train. I am personally asking you to prayerfully consider making a year-end gift to make this trip possible for our persecuted brothers in arms.

To give to this fund, please check:
Partner Gift – 2019 Central Asian Israel Tour.

The Story of the Fall
(Russian) 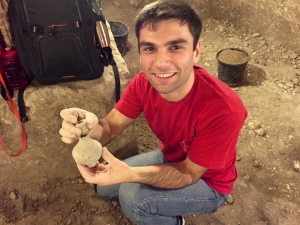 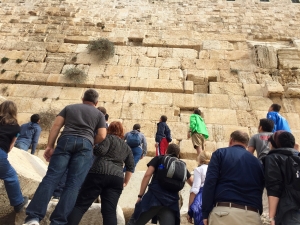