I just returned from a training conference in Turkey. There were over 40 people in attendance from 18 different countries. Seven different languages were represented. Not once was there any discord. Absolute unity of purpose caused people in the hotel to stop and watch what was going on. Many asked questions, for which the attendees had a ready response.

Let me tell you, those people tasted good! The contrast between many self-professing Christians here in the States and the Jesus followers that gathered in Istanbul from February 6-10 was striking.

When people truly love and follow Jesus it is impossible for them to remain as they once were. They are changed. He puts His stamp on their lives, and they begin to resemble Him in spirit, mind, and action. They start to look like Jesus. This process takes time. It requires submission to His instructions found in the Word of God, the Bible. A supernatural transformation takes place from the inside out.  His marks are evident all over us. We become “salty.” We taste good to others. The folks I met with in Turkey put the “stamp” of Christ on me. I came home different because of the mark of Christ on them.

Being salty is not for my benefit. As I am transformed through the renewing of our mind, I am becoming increasingly attractive to those God has placed in my sphere of influence. Surprise! They want to become like me, to taste like Jesus.

Unfortunately, the vast majority of people in Christendom do not leave a pleasant taste in the mouths of those desperately needing a good meal. Look at Facebook and Instagram. Read the frequent posts of American “Christians” angrily railing against others.

I have been convicted over the last couple of weeks about the “saltiness” of my life. The brothers and sisters I was met in Istanbul were used by God to produce in me the fruit of thanksgiving. Increased energy and hopefulness have been a by-product.

So, here is my challenge to you. The world needs well seasoned Jesus followers. Anger and bitterness are pills no one desires to consume. If you want to change the world, get tasty.

Therefore, salt is good; but if even salt becomes tasteless, with what will it be seasoned? It is useless either for the soil or the manure pile; it is thrown out. He who has ears to hear, let him hear. – Luke 14:34-35 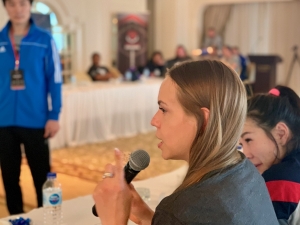 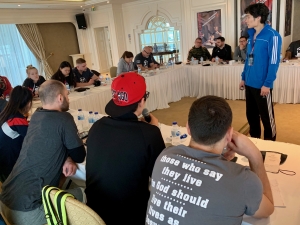