Last night marked the lighting of the second candle of the Chanukiah, the Jewish symbol of Chanukah. We are taking this opportunity to highlight the fact that the Holy Land has always been a place of conflict. It is a conflict and a region that elicits many opinions, opinions often have no basis in historical facts.

The last posting discussed Constantine’s move of his empire’s capital from Rome to Byzantium, renaming it Constantinople. His empire is known today as the Byzantine Empire.

Lady   Helena, Constantine’s mother, identified as a Christian. She made an extensive pilgrimage throughout Israel, recently renamed Palestine by Hadrian. Her purpose was to find the places where the major events of Jesus’ life occurred. Under of the authority of Constantine, she built large churches on these sites known as basilicas. Many of them exist to this day including the Church of the Holy Sepulcher and in Jerusalem and the Church of the Nativity in Bethlehem.

The Byzantine basilicas staked a claim to the biblical sites by the new state church. Byzantine church leaders realized that future pilgrims visiting the Holy Land would pay to visit the sites the basilicas commemorated.

“There is no business like God’s business.” – David Kidron

From Pentecost to Constantine, the Church grew strong through the fires of fierce persecution. Jewish and Gentile Jesus followers worshipped and served together. The Early Church was built on the Jewish Apostles’ teaching concerning the Hebrew Scriptures, pointing the world to their Jewish Savior, Messiah Yeshua.

That changed in 325 A.D. Constantine convened a council of the Gentile bishops of his state church in Nicea. Jewish bishops were not invited. There were two purposes for the Council of Nicea. One was well known, the other not so much. The first order of business was to forge an agreement concerning the dual natures of Jesus’s divinity and humanity. A statement of faith known today as the Nicene Creed was written and circulated throughout the empire. It was an essential piece of work that would become increasingly important as the result of other decisions made by the Gentile bishops.

As Gentile believers began to outnumber the Jewish believers in the Church, tensions started to build. Jewish believers would have nothing to do with the pagan practices that continued to exist in the lives of many of the Gentile Christians. They clung to their distinctly Jewish holidays and culture. This practice made the Gentiles very uncomfortable. It wasn’t long before this discomfort turned into outright persecution. Constantine wanted to put an end to Jewish influence in the Byzantine church.

Along with the Nicene Creed, a document enumerating newly established prohibitions against traditional Jewish practices observed in the church. Observance of the Sabbath and Passover along with the circumcision of male children on the eighth-day were outlawed. This forced Jewish Jesus followers to make a difficult decision. If they were to remain a part of the Church they had to assimilate into the larger Gentile population, leaving their Jewishness behind. If they refused, they would be excommunicated and otherwise persecuted even more. From that point in history, Jewish believers in Jesus began to disappear from much of the Church Jesus vowed to build.

Church leadership became the exclusive domain of Gentiles who had little to no understanding of the historic Jewish roots of authentic New Testament faith. The corruption spread far and wide, making its way back to the Holy Land through the priests controlling the Byzantine basilicas Lady Helena built. The once vibrant Church grew steadily weaker.

The soldiers of a new faith drove the Byzantines out of Palestine in 638 AD. They were the soldiers of Allah. Arabic, like Hebrew, is a Semitic language. “Shalom” is the Hebrew word for peace. In Arabic, the word is “Salaam.” The name of the new religion sweeping through the Middle East was Islam. Peace is not a word associated with “peace.”

According to orthodox Islam, there will only be peace when infidels (unbelievers) around the world submit to Muhammad’s disciples. The mission of Islam is the submission of the whole world, by any means necessary. Once a territory has been subjected to the rule of Islam, it is a mortal sin to allow it to return to a different master. If peaceful conversions cannot be obtained, Orthodox Islam demands militant jihad.

There are 164 verses in the Quran concerning jihad.   Here are two of them:

“… fight in the way of Allah with those who fight with you,   and kill them wherever you find them, and drive them out from whence they drove you out, and persecution is severer than slaughter, and do not fight with them at the Sacred Mosque until they fight with you in it, but if they do fight you, then slay them; such is the recompense of the unbelievers. [K2.190 – 191]

Like the soldiers of Allah, the Crusaders killed anyone who didn’t convert willingly. As Solomon said, “there is nothing new under the sun.” Muslims and Jews alike Jews suffered the same fate at the hands of the Crusaders.

Under the banner of the cross, the most horrendous of crimes against humanity have occurred. To this day, the word “crusade” sends a chill down the spine of Jew and Arab alike. The Crusaders were driven out of the Promised Land by the Mamluks on May 18, 1291, having been in the Holy Land for less than two hundred years.

Since antiquity, warring armies have done battle at the crossroads of history, the land of the Bible. The toll these wars have taken is evident on the land itself. What was once fertile and productive was deforested to support the cooking fires and war machines of passing armies. Wildlife was hunted out, topsoil washed away, and the ecological balance that once produced a land flowing with milk and honey was destroyed. The Ottoman Turks completed the disaster during their long rule.

When Mark Twain visited the area in the 1800s, he commented:   “A desolate country whose soil is rich enough, is given over wholly to weeds… a silent mournful expanse…. a desolation…. we never saw a human being on the whole route…. hardly a tree or shrub anywhere. Even the olive tree and the cactus, those fast friends of a worthless soil, had almost deserted the country.”

The last two postings have provided a lot of historical data. Before ending this post, a point must be made. The Bible says that “all have sinned and fall short of the glory of God (Romans 3:23).” The problems in the Middle East stem from the sin nature of mankind. No one is exempt. There are no innocents. Ignorance of historical facts does not absolve anybody of guilt. In the Middle East conflict, everyone has blood on their hands.

God promised a land to the descendants of Abraham, Isaac, and Jacob forever in Genesis 12, 15, 17. But Israel continually fell into repetitive cycles of sin. Eventually, that sin led to God’s expulsion of the Jews from their land for a period. While the ownership did not change, the tenants did. Through the Jewish prophets of the Hebrew Scriptures, God told the Jewish people that this would happen.

In the first century, many Jewish and Gentile people believed on the name of Jesus. In the days of the earliest Church, they had a tremendous impact together throughout the Roman world. However, the expulsion of Jewish believers weakened the Church. Corruption exploded in the new state religion created by Constantine.

The Quran is a corruption of the Hebrew Scriptures and the Gospels. The Quran is the foundation of Islam, and its teachings swept through the Promised Land. When conversion to Islam did not occur as the result of peaceful dialogue, the sword was used to force people to submit.

The Crusaders were no different. Hollywood has glamorized them. Most were simple peasants. The Roman Catholic Church commissioned and condoned this action. Is it any wonder that Jews and Arabs alike hate the thought of their children becoming Christians? They would rather consider them dead than acknowledge that they have become believers in Jesus Christ.

No amount of sitting at a table at the United Nations, or negotiating at a table in Jerusalem or Ramallah will ever bring peace to the Middle East that will last. Nations continue to war with nations.   The only place that lasting peace is found is in a personal relationship with the God of all creation through His only Son, Jesus of Nazareth. 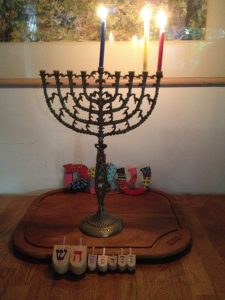