A little over two weeks ago, Noemi and I were flying out of Guatemala City en route to our home in San Antonio. Heavy thunderstorms necessitated an intermediate stop at Ellington Air Force base to take on fuel and wait out the storms. Arriving late into Houston Inter-Continental, our small party was forced to await our repeatedly delayed flight until 3:30 AM the following morning. Our “grumpiness” about something beyond our control seems trivial today.

This Sunday evening we began noticing the initial reports out of Guatemala that El Fuego, an active volcano not far from Guatemala City, had erupted. For almost an entire week a team of 15 people had labored together just 11 miles from this volcano in the colonial town of Antigua. Our team provided a training retreat for the 100 member staff and spouses of the Potter’s House Association. The new Guatemalan friends we made just two weeks ago are now dealing with the aftermath of this natural disaster.

Their response to the unexpected shames me. I am painfully aware that the way I deal with disturbances to the plans I have made for myself, my family, my ministry is so “fleshy” compared to what I have seen by the Potter’s House Association in recent days. Immediately, leadership began rallying their troops to look for ways to leverage the catastrophic consequences of El Fuego’s eruption for Kingdom purposes. Resources in hand are being re-allocated from projects already on the books. The community is being mobilized to deliver food, water, medicine, clothing, blankets and other necessities to the “treasures” the PHA serves throughout the country.

Why do these things happen?

For the anxious longing of the creation waits eagerly for the revealing of the sons of God. For the creation was subjected to futility, not willingly, but because of Him who subjected it, in hope that the creation itself also will be set free from its slavery to corruption into the freedom of the glory of the children of God. For we know that the whole creation groans and suffers the pains of childbirth together until now. And not only this, but also we ourselves, having the first fruits of the Spirit, even we ourselves groan within ourselves, waiting eagerly for our adoption as sons, the redemption of our body.

The Bible is very clear. Sin first entered the world God created in the Garden of Eden. Through one man’s rebellion against God’s rule in his life, death and destruction are now the reality that all of mankind must grapple with. The eruption of sin 6,000 years ago has taken its toll on all the descendants of Adam. It has also ruined the perfect world the first couple experienced. The rate of that destruction is increasing exponentially with each passing year. All creation groans. Man and nature looks forward to the certain coming day of deliverance.

Until that day, let’s follow the example of our Guatemalan brothers and sisters. They are not looking for a safe harbor away from the lava and ash produced by El Fuego. They are rushing into the fire to bring the Good News of the Gospel of Messiah Jesus to those in desperate need right now.

Will you go with them?

To make a tax-deductible donation to the disaster relief fund of the Potter’s House Association, click here.

P.S. – 100% of what you give towards this effort, will benefit those who have lost most of what little they have. You could help the Potter’s House folks be the the feed, hands, and mouths of Jesus. We would not ask you to do something we have not already done. 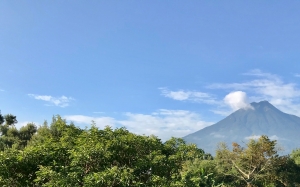 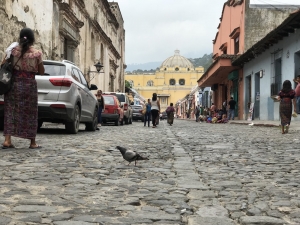 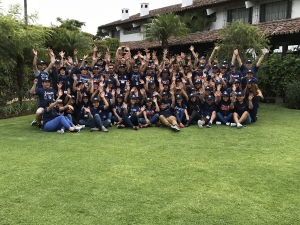 Walk Thru the Bible
Scroll to top